Blast Furnace is pleased to present the launch of its first eChapbook, mixtape, featuring original poetry inspired by and about music, and written by Heather McNaugher, Bob Walicki, Carolyne Whelan, and Rebecca Clever.

You can purchase the eChapbook here for $8 (or visit https://blastfurnace.submittable.com/submit/37265). A portion of the proceeds will benefit the Braddock Carnegie Library, in Braddock, PA.

Once you purchase the eChapbook via credit card or PayPal, you will receive a confirmation email, and a subsequent email with the eChapbook file attached.

Thank you for your support of the Braddock library and Blast Furnace! 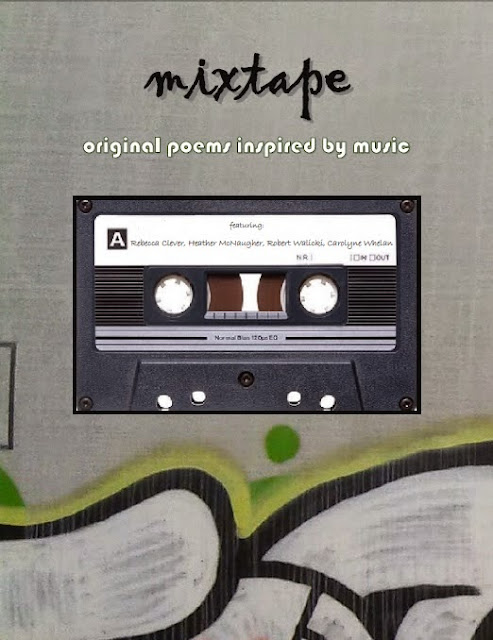 Posted by Blast Furnace at 11:35 AM No comments:

"Eric M. R. Webb's How to Lose Faith is unafraid. Unafraid to take on the big questions and wrestle them to the floor. Unafraid to, once in a while, let the big questions overwhelm him. Webb is unafraid to be a man writing about women, about God, about the universe, about other men—soldiers, boys, heroes who become nakedly human. His poems, 'angry stars,' but tender, pop with fondness for his many subjects. These poems are admirable for their energy, honesty and range, but most of all for their trumping irony with faith, which in Webb's hands is not lost after all."

- Heather McNaugher, contest judge and author of Panic & Joy and System of Hideouts

"I'm hungry for poems that move, that move me: body and soul--heart and head. I don't want to mess around when I open a book. After I read a poem, I want to feel smarter, more awake, and ready for life's loveliness and lunacy and all the mad combinations in between. Eric Webb is writing these poems. Here they are."
- Tim Seibles

"Despite its title, do not look for a tract on unbelief, disbelief, or numb indifference in Eric Webb's How to Lose Faith. It is true that the poems in this book bring us the all too familiar bulletins of our late 21st century times—landscapes abloom with phosphorus flare and fire, explosions, catastrophe, and the physics of bombs. It is also true that "here—in the land of the body—," as we watch on one hand the ennui of mall-goers and on the other, "boy-Marines swarming through forest scrub" to glimpse "the ghosts they will become, given time.../training for the kinds of wars we don't fight...," we find the increasing sorrow and freight of our difficult cargo. In such a world, doesn't it seem so much easier to reject anything that might resemble conviction or "idealism, love, or noise"? But Webb does the more difficult thing; and when he says "Here we share poems, all of us arrived here lovers," he reminds us again of what it is we all long for in our common humanity; and in so doing restores us to a vision of--dare I say it?—faith."
- Luisa A. Igloria, author of Ode to the Heart Smaller than a Pencil Eraser 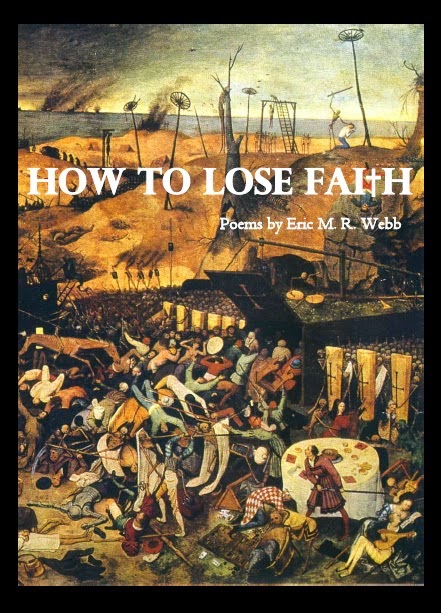 Eric M. R. Webb is the winner of Blast Furnace's First Annual Poetry Chapbook Prize (2014), as selected by contest judge, Heather McNaugher. In 2013, he graduated from Old Dominion University's MFA program with a focus on poetry. His poems have appeared online in numerous venues, and he edits the on-again-off-again No Bullshit Review. He lives with his wife, Alison, in Fairfax, Virginia. This is his first poetry collection.

Eric's chapbook is available NOW for purchase at $11 per chapbook, including shipping costs. Click here or visit https://blastfurnace.submittable.com/submit/42505 to get your copy!
Posted by Blast Furnace at 2:24 PM No comments:

That said...please submit your BEST poems, or, if you prefer to create an audio recording of yourself reciting your poetry, send ONLY ONE (1) file attachment of NOT MORE THAN 2 MINUTES/120 seconds in total duration to http://blastfurnace.submittable.com/Submit

Please read our Mission/Values, Submission Guidelines and Frequently Asked Questions (FAQs) posted near the top of our web page, before submitting to review what resonates with us. We love a variety of poetic styles, but we are also picky.

If Blast Furnace published a "best of" print anthology, would you buy it?